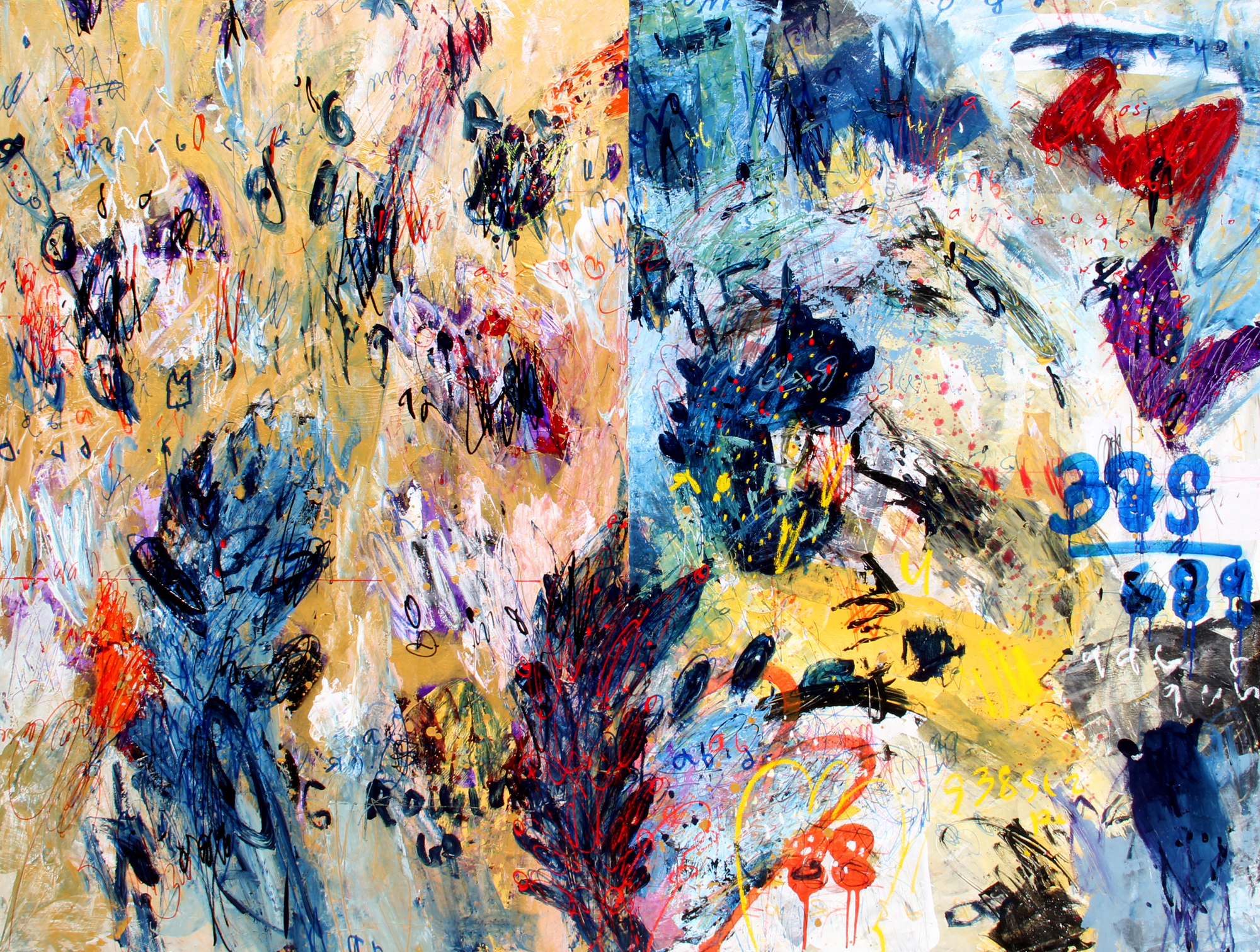 Dedy Sufriadi
Born in Indonesia in 1976, Dedy began his artistic journey in Jogjakarta in 1995 and began to exhibit his work at the tender age of twenty. The recognition was inevitable as his radical and forceful works gained immediate interest, eventually earning him many awards and critical acclaim for his unique expressive style and abstract execution. Strong compositions of entangled words and symbols, Dedy Sufriadi’s paintings are powerful both in terms of visuals and meaning. Through his abstract paintings, the artist explores the borders between discipline, words and imagery. Refusing to be bound by a particular discipline, a unique hybrid artistic language is used by the artist to evolve his subject matter more freely. Creating images that are worth a thousand words and employing words that are worth a thousand images, his pieces are striking in their directness and honesty - leaving a memorable impact on all who view them. 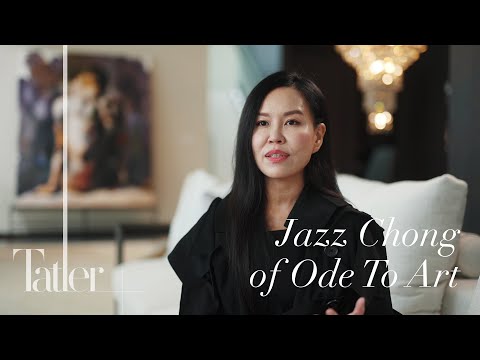 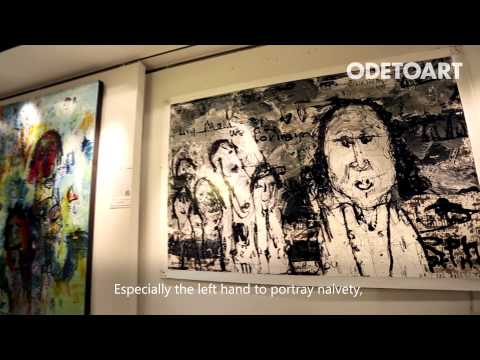 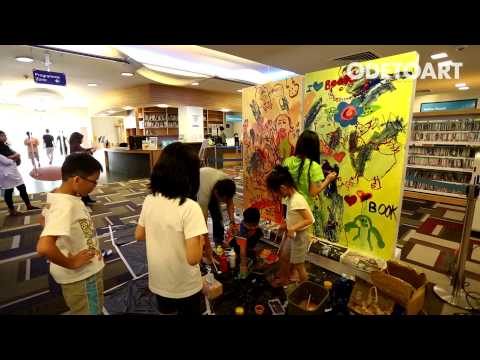 Between Intelligence and Intuition, 2013 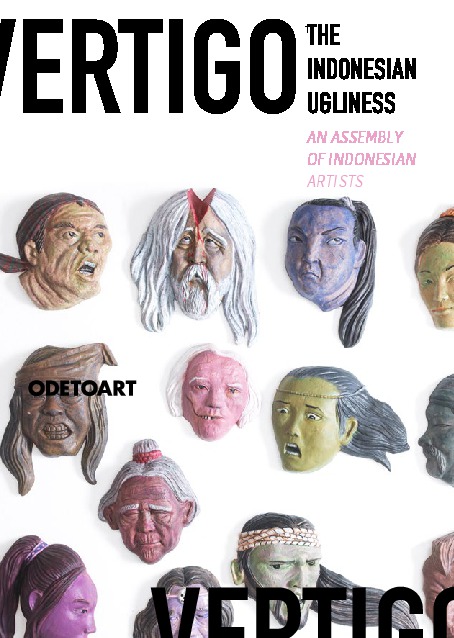 Born in Indonesia in 1976, Dedy began his artistic journey in Jogjakarta in 1995 and began to exhibit his work at the tender age of twenty. The recognition was inevitable as his radical and forceful works gained immediate interest, eventually earning him many awards and critical acclaim for his unique expressive style and abstract execution. Strong compositions of entangled words and symbols, Dedy Sufriadi’s paintings are powerful both in terms of visuals and meaning. Through his abstract paintings, the artist explores the borders between discipline, words and imagery. Refusing to be bound by a particular discipline, a unique hybrid artistic language is used by the artist to evolve his subject matter more freely. Creating images that are worth a thousand words and employing words that are worth a thousand images, his pieces are striking in their directness and honesty - leaving a memorable impact on all who view them.

The artist’s characteristic style is one that surprises and destabilizes. From artworks where the canvas is splashed with vivid and violent colors, to others that are strictly black and white, he arrests attention with contrasts. Looking from one art piece to the other, the viewer is left with clashing visual images - first assaulted by the strong, intensity of bright hues before being suddenly dropped into an expanse of color deprivation. The lack of color adds to the space and power exuded by the words in play while the black and white motif resembles prison walls - as if inmates have carved their distress in throes of desperation. The visual impact of Dedy’s art and the philosophy in its interpretation is a dazzling blend of emotion and technique. His constant exploration of society’s definitions of aesthetics, skills and intelligence is seen in many of his works and the viewer almost always sees him return to the world of instinct and intuition that encompasses them. Using defiant strokes, meaningful text, colors and numbers, he skillfully puts forth the inner workings of his mind and the in-born drive that constitutes his expressive artworks. However, the works are inherent with symbolism, meaning, and disguised skill, making the viewer question how much of the art piece was intellectually designed and how much of it was free flowing. His works give the viewer much to admire visually, and much to ponder mentally.

Selected Exhibitions
2013
“Between Intelligence and Intuition” Ode To Art, Singapore

Between Intelligence and Intuition Series

For an artist, discovery is much more than just ‘chancing upon’ something noteworthy; it is a conscious process that self-perpetuates itself in accordance to how strong the will of the artist is. An artist who enjoys his process - who understands the nuances in every detail - has the opportunity to really explore the potential of the process. As a direct result, his search for something worthy - his obsession, comes to a fruitful end. Dedy Sufriadi is one such artist. No stranger to the process involved in creation, ‘Workaholic’ became an inevitable designation for him. His hard work over the years has borne him the fruit of technical, non-technical, philosophical and conceptual exploration that he feeds into his work. For Dedy, creative work is intelligent and thus, he uses the most intelligent work method and process - innovation. As an artist with a lot of empirical experience and intellect, Dedy uses emotional depth and intellectual strength to borrow images he encounters in the world of children, the spirit of emotion, and intuition, and expresses them artistically with technical prowess. Dedy is in the throes of intellectual awareness and his odyssey in the world of intuition, as he masterfully merges aesthetics and capital building.


Childish Series: Browsing the World of Intelligence and Intuition

So many themes can be explored in Dedy’s aesthetic dialogue with the world of imagination and intuitive wanderings. The Childish Series was one that appeared several years ago in his workings on the creative process. The series of paintings were created to reinvent certain values from his childhood; be it romance, novelty or even contesting the meaning of existence. His Childish series is ‘the Underworld’ that triggered intellectual intuition in the artist’s works and the power of this intuition is explored with unique concepts and visuals. The concept of power of intuition is explored though images and naïve figures in the paintings, with themes and idea that are based on day-to-day experiences. Feelings such as comfort, fun and surprise as perceived or encountered in childhood are romanticized and thus, born again. We can see this atmosphere in his works ‘Art Pleasure’, ‘Hard Day’s Night’, ‘Hey You’, ‘Free as a Bird’, and ‘Mobile Figure.’ The exploration period of children and development of their natural, pre-translated drawings are visualized through the emergence of object shape, the meeting between objects, artistic brushstrokes and text elements. The mutual existence of text and image is an attempt to construct meanings that are almost completely undefined, but inevitably add their own value. The emergent unique figures are innocent, magical, and visualized with straightforward lines and the overlapping of expressive colors; this provides a visual unity and harmony, but also raises aspects of disharmony on some occasions. The spirit of joy is seen alongside new formal idioms such as text, numbers, shapes, mountains, flowers, toys, birds, aircrafts etc; sometimes, as a form of enchantment, Dedy stays away from depicting his own social environment or the environment he grew up in.

An artist’s biggest power is a soul that flows. Mental strength and intuition are subtle moves in a world dominated by sporadic sub-consciousness and new possibilities can only be reached through intuitive perceptions that are grown, built, removed, and stamped with the goal of finding new constructions of previous values. On the painting ‘First Kiss Adam and Eva’ are the words “Life and love like a cup of coffee. Must drink when hot.” These words describe the meeting of Adam and Eve as a metaphor for the intersection of life and love that, like a cup of coffee, can only be enjoyed when still hot. The parody is on the essence and value of love as the spirit of life. Similarly in the works ‘Cogito Ergo Fun’ and ‘Great Shopper’, Dedy explores the paradox and parody of ‘Cogito Ergo Sum’ and how, “I exist because I am shopper” has become a concept because of consumerism becoming an increasingly large definition of social identity. We can also look at the work ' Punk Outside, Pink Inside ', which examines how a social community can establish social facts and stigma based on appearances alone. Tattoo enthusiasts, people with dreadlocks, metal music, rockers, piercings, punkers, alternative music, underground communities etc. all have the name "the Other" pinned to their identity. Dedy tries to clear the public view with this piece that rejects social stigma formed by physical appearance. His aim is to show that many who fall under this stigma are actually more polite, intelligent, sensitive, gentle, faithful, and peaceful than is assumed.


The Merging of Critical Aspects and Constructed Aesthetics

There are some trends that Dedy Sufriadi employs in order to melt the barrier between irony, criticism, self-criticism and constructed aesthetic ideology. While most are working patterns, there is often unconscious automatism flowing- intuition in response to the idea of ​​both visual and technical exploration. Dedy is not just interested in readings, song lyrics, instrumental music, parody, and paradoxical texts that inspire the creative process – he is interested in the lyrics flowing into his works through various media as he believes it is the closest way to emotionally express ideas and feelings. Inspired by the song lyrics of Bob Marley's ‘Redemption Song,' the namesake piece by Dedy uses the lyrics ‘Emancipate Yourself From Mental Slavery' as a poetic critical comment on society, urging a change of perspective and breakage from mental chains. On another occasion, Dedy appreciates and quotes the Dalai Lama in his piece ‘Paradox of our Age’ using the lines “We have more degrees but less sense, more knowledge but less judgment, more experts but more problems, more medicines but less healthiness…” The texts present in his work act as visual subjects that present almost unconscious irony as they stimulate the production of meaning in visual imagination in a seemingly invisible manner. The text taken from the Dalai Lama talks about the reality of life, the irony and paradox of it, its philosophy; it criticizes human behavior, modern depictions of human nature and communicates a variety of other inspiring moral messages. When Dedy reads texts that move him to emotion and permeate the barrier of space to aesthetic intuition, he is encouraged to share it with others. In this way, he shares the essentials of the values by combining together the language of visual expression and silent narrative texts. Silent text has the power of enlivening works and in doing so immerses itself in the construction of aesthetic values. On the piece ‘My Father, Story, and Car’, Dedy explained with deep emotion the irony of his father, who dreamed of owning a car his whole life, but failed to make it happen. The irony lies in the fact that his father fixed cars in his shop as a routine but could not accomplish his dream before he passed away. His father’s obsession remains unrequited even though his children were each able to own a private car. The paintings ‘Eat, Pray, Art’, ‘Great Shopper’, and ‘Number Series’ are his way of responding to the problems of daily consumerism, capitalism and pop culture that have gripped us from our childhood and continue to hold us until we are old. Dedy has experiences at a regional supermarket in Jogjakarta where there are not only trolleys for adults but for children as well, affixed with the label, “I’m a little shopper.” These new forms of shopping and cultural campaigns speak of capitalism efforts and are instilled in children’s behaviors, playing a part in them becoming heirs to consumerism. Such an early introduction to consumerism and its activities could ultimately lead to shopping addictions and consumptive personalities. On a whole, Dedy Sufriadi is an important pioneer in the breakthrough identification of process in the arts. Solo exhibitions, such as the one at the Ode to Art Gallery, Singapore, are important points of measurement that establish the quality of creative work most suited for art which rely on the power of intuition and intelligence (process and all aspects of aesthetic concepts attached to any subject matter), so that works like Dedy’s can continue to inspire and amaze us. His work is sometimes so large and overwhelming, that it swallows the entire room with its presence. It is as if the audience requires courage and guts to even attempt to guess the meaning and contemplation held by the successfully presented visual erotica. His unmitigated creativity raises tensions that invite findings and innovation in each period of creative process. This periodicity of the creative process is specific to Dedy Sufriadi, along with his expressionistic, abstract and solitary styles that come together to create his own unique form that will always yield work of perseverance, tenacity and sophistication. 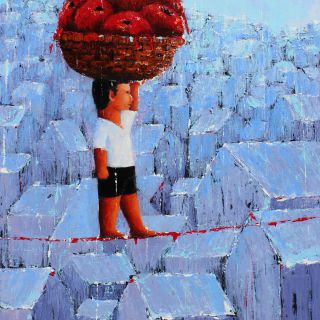 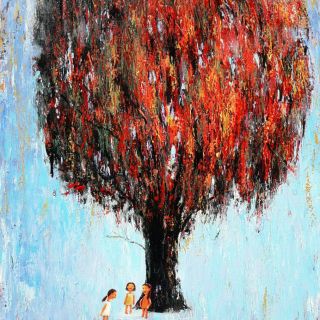 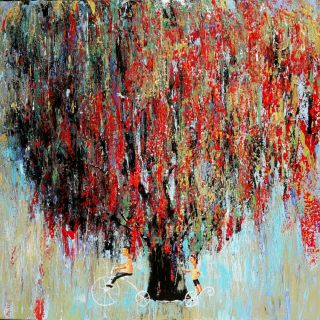 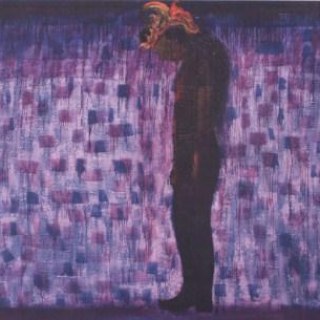 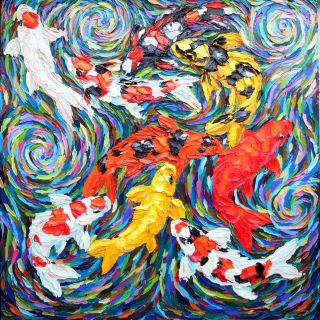 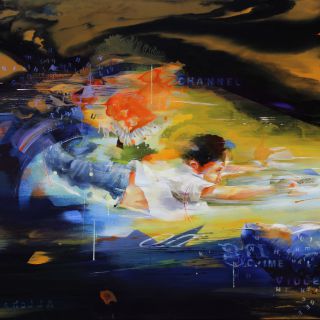