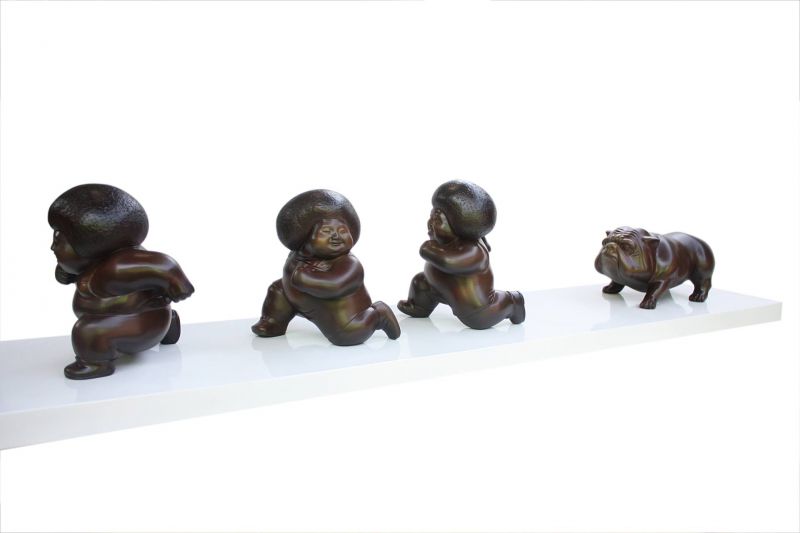 In Dikejar Bulldog, Adi Gunawan visualises and concretises the motions, gestures and expressions of humans being chased by a bulldog. The humans, casted in bronze, are bulbous in their forms. A sense of movement is suggested by the directions in how the hands of the humans are positioned and when viewed as a whole narrative, showed the flux of humans running away from the bulldog.

Adi was born in Yogyakarta in 1974, Indonesia and received his education at Institut Seni Indonesia, Yogyakarta. In his symbolic sculptures, Adi invokes euphoria and the significance of animals in his work due to his cultural background of growing up in an agrarian society. He uses his cultural positioning as a tool to visualize motions, gestures, characters and expressions of various subjects that he sculpts. He then conveys constructed meaning which, in and through his forms, figures and compositions, puts forth the issue of a mystical relationship between animals and humans. Adi’s highest accolade thus far was representing Indonesia at the Beijing Olympics 2008 Fine Arts Exhibition, where he was bestowed the further honor of an Olympic Torch Award. His sculpture toured Hong Kong, the United States, the Olympic Museum in Lausanne, Switzerland and many other countries.