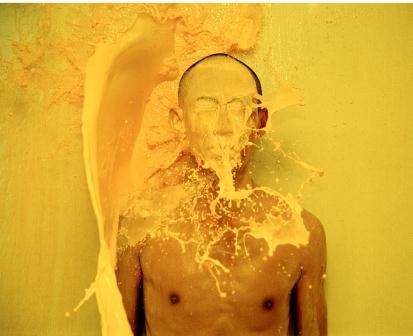 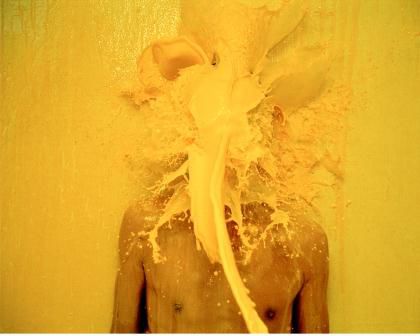 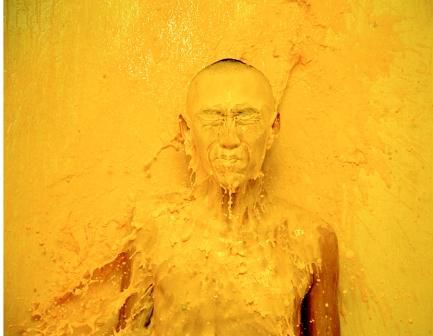 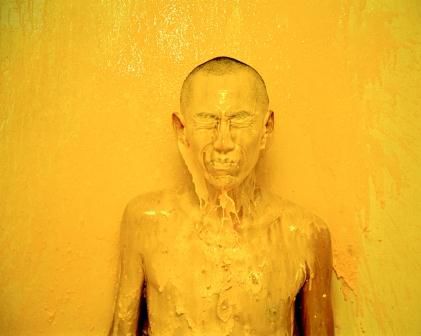 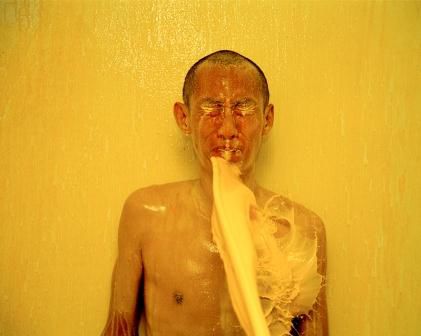 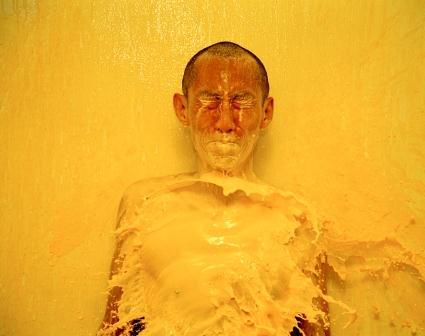 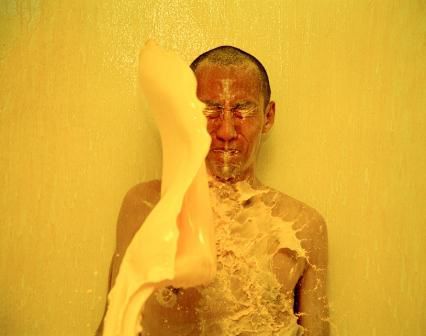 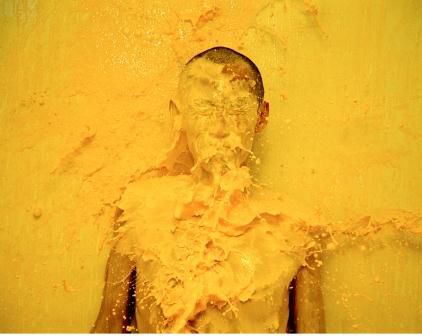 Lee Wen is a Singaporean performance artist who addresses themes of social identity and is best known for his Yellow Man performances. Painting his own body with bright yellow poster paint, he expresses an exaggerated symbol of his ethnic identity as a citizen of Singapore. He is also a member of The Artists Village (TAV), and part of the Black Market performance collective. Lee Wen studied in the now defunct Kim Keat Primary School and Raffles Institution. In 1988 Lee Wen enrolled at the Lasalle-SIA College of the Arts at the age of 30. In 1990, he went on to study at the City of London Polytechnic and it was then that Lee found his true calling as a performance artist. He went on to develop the Yellow Man persona which gained him his first recognition in the arts community. This progressed to the Journey of a Yellow Man series of works involving mixed-media, installation, performances and paintings. Lee Wen's work has quickly gained international recognition since 1993 and he has performed and showcased his artistic expressions in international locations such as the Kwang Ju Biennale and the Third Asia Pacific Triennial in Australia in 1999.

In 2003, Lee spearheaded the Future of Imagination international performance art event at The Substation and Sculpture Square in 2004 with foreign performance artists such as Alastair MacLennan from Northern Ireland, Finnish artist Irma Optimist and Marilyn Arsem from USA. Lee saw the value of having an annual gathering of international artists here in Singapore, to discuss continuing interest in the cultural constructs of identity in the global situation and current trends of contemporary art practice through live performances and discussion forms. Lee also taught art at the Tokyo National University of Fine Arts and Music and at his alma-mater in Singapore. He also taught workshops at Hanoi University of Fine Arts, University of Ulster, UK, Universidad Autónoma Metropolitana, Mexico City, and Musashino Art University, Tokyo. On 21 October 2005, Lee Wen was presented with the highest cultural award, the Cultural Medallion for his immense contributions to the development of local contemporary art.